I attended this year's DeveloperWeek in San Francisco.  The brand new Pier 27 terminal made for excellent views.  The most recent America's Cup made use of some temporary buildings here and it's nice to see The City repurpose the lot into something useful. 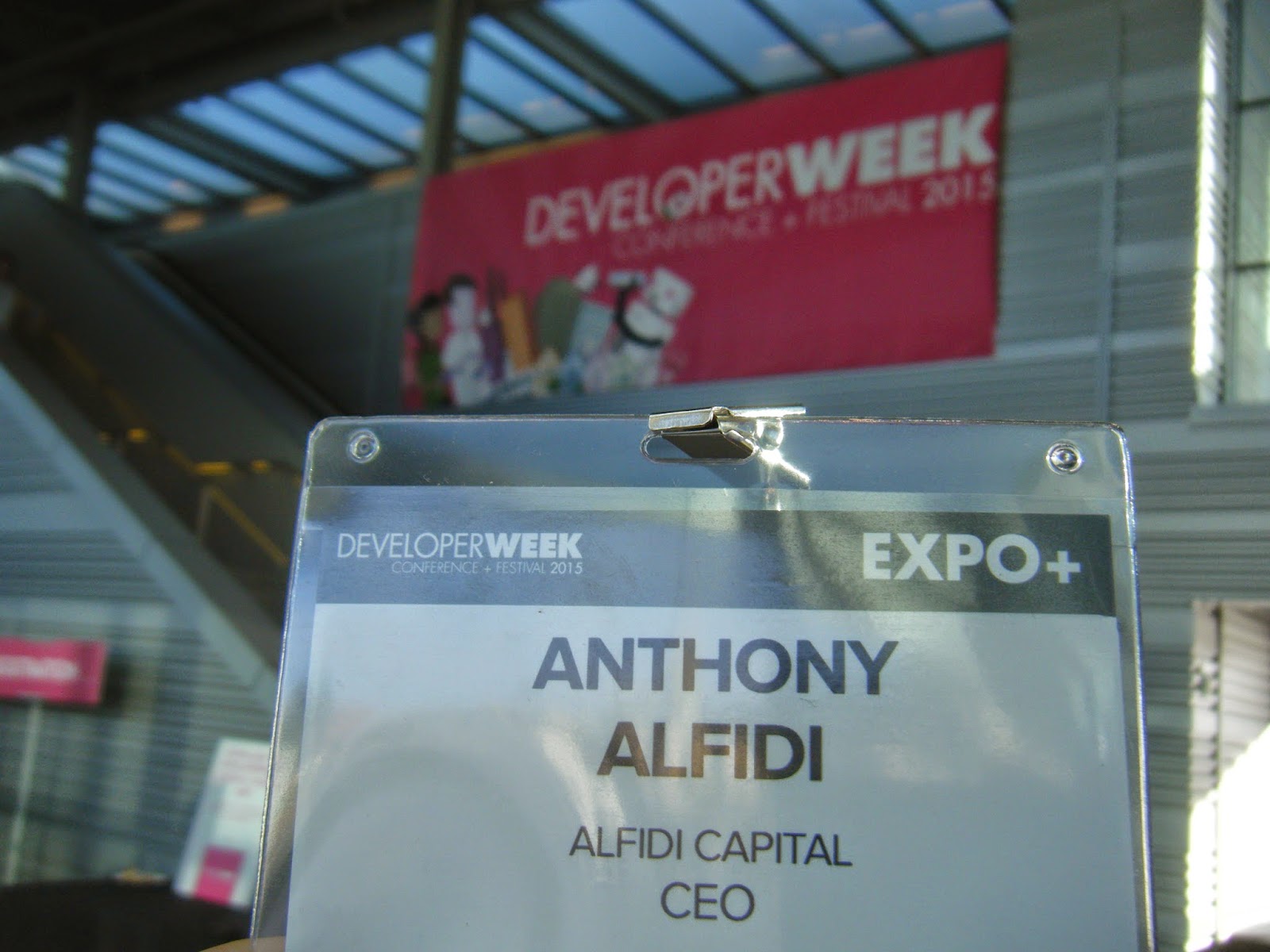 The conference started off in a disorganized manner.  The initial Main Stage talk got relocated to Stage 2, or so I was told.  The other stages weren't open on time in the morning.  The opening talk I attended started 20 minutes late.  Sheesh.  I did not have time to stay all day so I had to make the most of the morning.  I guess the trend in tech enterprises towards minimizing meetings means some presenters aren't accustomed to showing up on time in person.

The morning talk on GitHub pull requests convinced me that engineers are susceptible to simple ego strokes like fancy job titles.  Designating someone as "Senior Associate Engineer" makes them feel superior to a mere "Associate Engineer."  I saw this same head game when I worked at an asset management firm whose initials were the same as Baloney Goofball Imbeciles.  The "Senior Associates" at my former employer worked for the same entry-level wage as the new hires even if they had years of experience.  Giving someone a longer title is much cheaper than giving them a raise.

The gist of GitHub is that its suite offers advantages over wikis as a documentation method for engineering processes.  Updating a wiki takes constant curation effort.  I once inherited a US Army unit's wiki that did a poor job of documenting the unit's knowledge management architecture.  I ended up shutting it down and migrating users to a more hierarchical archiving system.  The US Army's new taxonomy for updating its doctrinal publications is actually a very useful governance technique for engineering handbooks.  Base document changes should be much less frequent than minor document changes.  Splitting out the documents into a base series providing broad guidance makes sense if they are not updated as frequently as product-specific technical guides.

I like that GitHub's online process changes contribute to a meeting-averse culture, a good evolution in engineer-based enterprises that value productivity.  Knowledge management systems in larger enterprises should use automated workflows.  Non-engineers seem to have trouble grasping workflows' utility.  GitHub pull requests apparently create an audit trail of changes documenting a process during updates, especially the "why" of an author's update.  That's analogous to clarifying a commander's intent in a military mission planning process.  I need to examine GitHub myself to find more analogies.

The Main Stage talks eventually began where they belonged.  The bottom line in several talks is that many verticals are upgrading their tech stacks and this drives demand for developers in the labor market.  I did not mind the thinly disguised pitches for services like HackerRank because they provide a disruptive benefit to productive enterprises.  I have noticed other such disruptive talent matching services migrate to the finance sector.  Whale Path does for finance professionals what HackerRank does for developers, elevating skill demonstration over a stale resume and obsolete academic credentials.  You're only as good as your last performance.  Having a verifiable track record of accomplishment on HackerRank or Whale Path means job performance has a market value.

Some other talks covered deep learning, a new approach to machine learning.  We're all going to hear more about it as VC money starts pouring into IoT devices that need to operate autonomously.  It was fun to see someone walk through the ease of manipulating images displayed on a Lightbox-enabled website.  No coding knowledge is needed to alter Lightbox parameters.  The clear lesson for non-techies is that object manipulation is an easily mastered skill.  Coding as basic literacy still makes sense but not everyone who touches tech will need to code.

I didn't win any raffles or door prizes at DeveloperWeek, nor did I score dates with the hot tech babes who flirted with me.  I still came away with the perspective I needed on how enterprise tech is changing.  DeveloperWeek matters to people driving tech's migration into ease of use modes that business domain experts can interpret.  Anyone in business who is at least minimally tech literate will be economically viable for years to come.
Created by Anthony Alfidi at 3/02/2015 10:16:00 AM