I have supported San Francisco's leading arts and cultural institutions for as long as I have resided in The City.  The institutions themselves are fine, despite the problems their labor unions cause out of spite for the audience.  I used to think the young professional support groups associated with the arts were just as fine.  I no longer believe that to be the case.  My membership in those support groups no longer makes sense. 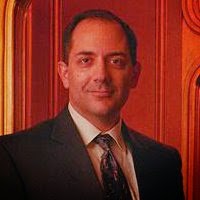 That's me, posing at the War Memorial Opera House in a publicity shoot for the San Francisco Ballet's planned giving program.  The arts matter to me and I once believed The City's young professionals I met at cocktail receptions felt the same way.  Some do, but most do not.

My decade of networking with like-minded people over cocktails bore a lot of fruit.  I connected with dozens of intelligent, ambitious people who are mature enough to handle professional responsibility.  I also encountered hundreds of forgettable people who were not worth my time.  I periodically dropped such people from my circle of contacts.  Let's review a recent sample of these losers, complete with pseudonyms . . .

"The Continental" . . . a Silicon Valley engineer who routinely spends more than he makes, and only avoids bankruptcy because his recent employers got acquired and gave generous severances to terminated employees like him . . .

"The Singing Jerk" . . . a very irritating man-child with no verifiable employment history, who inexplicably breaks into Rolling Stones lyrics in the middle of a conversation . . .

"The Fashionistas" . . . some gaggle of aspiring supermodels throwing all of their disposable income away on wardrobe and makeup, living for the chance to be featured in 7x7 Magazine or the Nob Hill Gazette . . .

"The Gold-Digging Barflies" . . . aging single women who would rather prospect for sugar daddies than hold down paying jobs . . .

The barflies have become particularly annoying because some of them became fixated on dating me, literally pushing away other high-quality women I would rather pursue.  I reached my breaking point with these idiots when I recently became aware of some totally unacceptable behavior.  It is the kind of conduct more typically associated with a certain alternative festival in the Black Rock Desert of Nevada than with a coterie of young professionals.  I don't have time to dig around separating factual narratives from spiteful rumors, because the rumors of this behavior are enough to put me off.  Where there's smoke, there's usually fire, and I don't need to know whether someone is actually burning.  I never witnessed this conduct, nor can I produce evidence that it occurs, but people I trust now corroborate its persistence.  The possibility of a pervasive problem is too alarming to ignore.  I am now compelled to take decisive action.

I declined to renew my memberships in several of these young professional groups.  One remaining membership expires in 2015 and I shall allow it to run out naturally.  I have also dropped a large number of people from my contact list, more than I have ever dropped in one sitting.  Three figures worth of useless humans are totally gone from my life this December.  These people had very little in common with me anyway and I won't miss them.  I still attend performing arts events, including galas, where these losers congregate.  I will not let them cross my path to blight my life.  The San Francisco War Memorial and Performing Arts Center was named for veterans.  I go there to represent my absent companions, and for my own well-being.

The effort I make in meeting people just to weed them out is now a burden on my schedule.  I have discovered that I am more efficient at meeting worthwhile people at strictly business-oriented events.  There's a common saying that a person is the average of their five closest contacts.  If I picked five people at random from those cultural clubs, I'd have a handful of arrested development jerks whose adolescent flights of fancy belong with Peter Pan.  If I picked five random entrepreneurs or freelancers from my business event calendar, most of them would belong in a boardroom.

Yuppie social groups were useful to me a decade ago when I had few friends in San Francisco.  Diminishing returns set in after age 40.  These social groups are to real philanthropy what a cargo cult is to a real economy.  Going through the motions of success makes little sense if participants can't back up their incantations with competence.  I would rather apply my competence elsewhere than go through motions with permanent aspirants.

I have overstayed the time I needed to spend in several young professional groups.  I will say goodbye to some people at a few remaining social events and ignore a large number of people who do not deserve my goodbyes.  I have been free of debt, addictions, and irresponsibility for my entire life.  Most of the people I used to know in the San Francisco yuppie crowd do not share those preferences.  It is time for me to go.
Created by Anthony Alfidi at 12/13/2014 09:05:00 PM