I attended FashTechSF's Wearable Technology in Fashion exhibit last week in SoMa.  I don't normally cover the fashion sector of the economy but my attendance at the iFabbo Conference in 2013 broke new ground in this scene.  The most fashionable people in town just can't get enough of me. 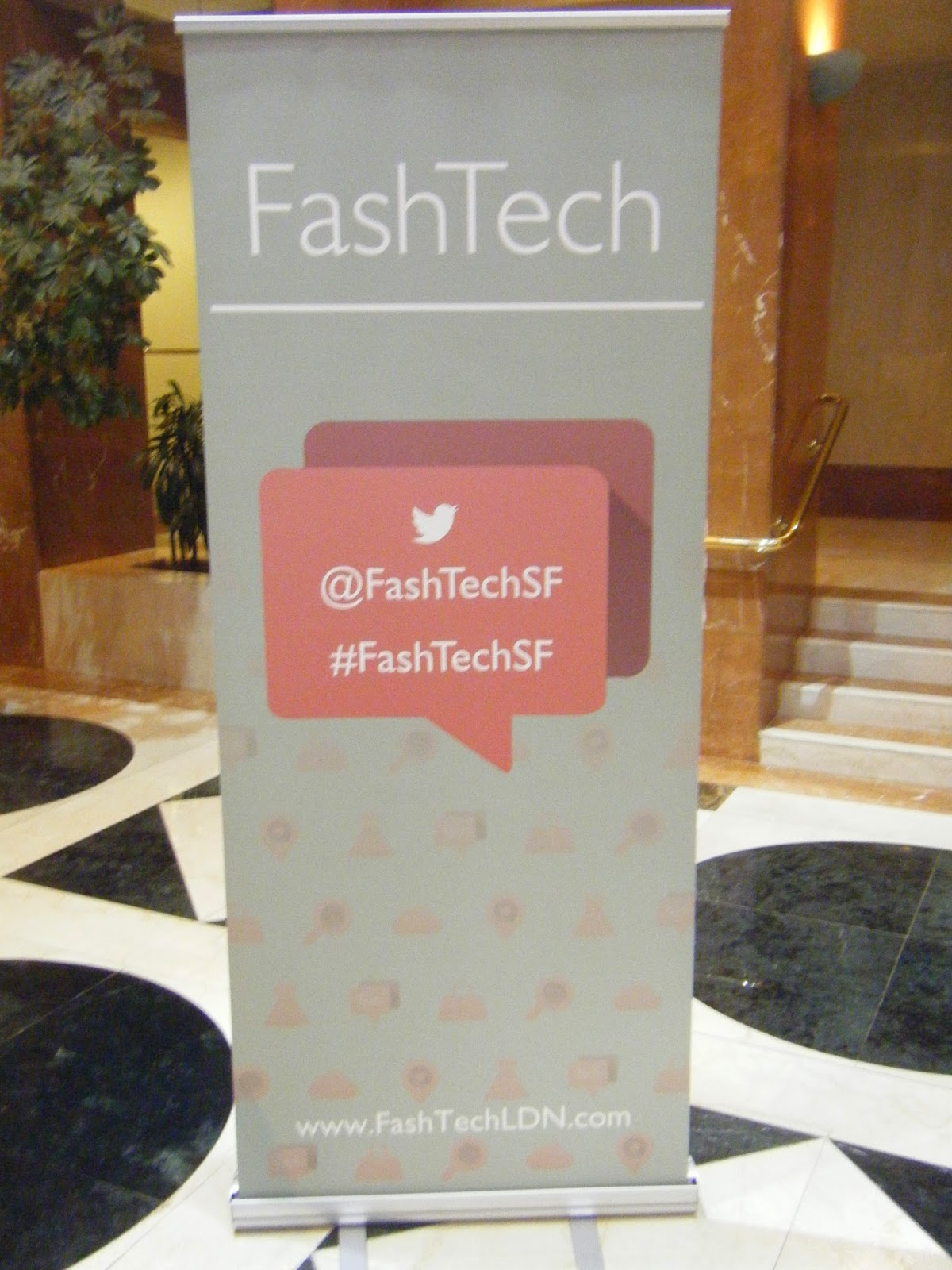 Startups with wearable tech goods presented in the open space at Wearable World Labs in conjunction with their Wearable Wednesdays program.  The tech on display was pretty cunning.  I can see instant facial image manipulation finding a home on cosmetic counters and in reconstructive surgeons' clinics.  The athletic wearables will have to compete against the plethora of smart watches about to hit the market.  I suspect the non-watch wearables that win will look more like jewelry than tech gadgets, because people (especially women) want to show off their fashion sense with accessories.

My analysis must be so darn sharp that even the models promoting the startups find themselves drawn to me.  Here's proof that these models worship yours truly, Anthony Alfidi. 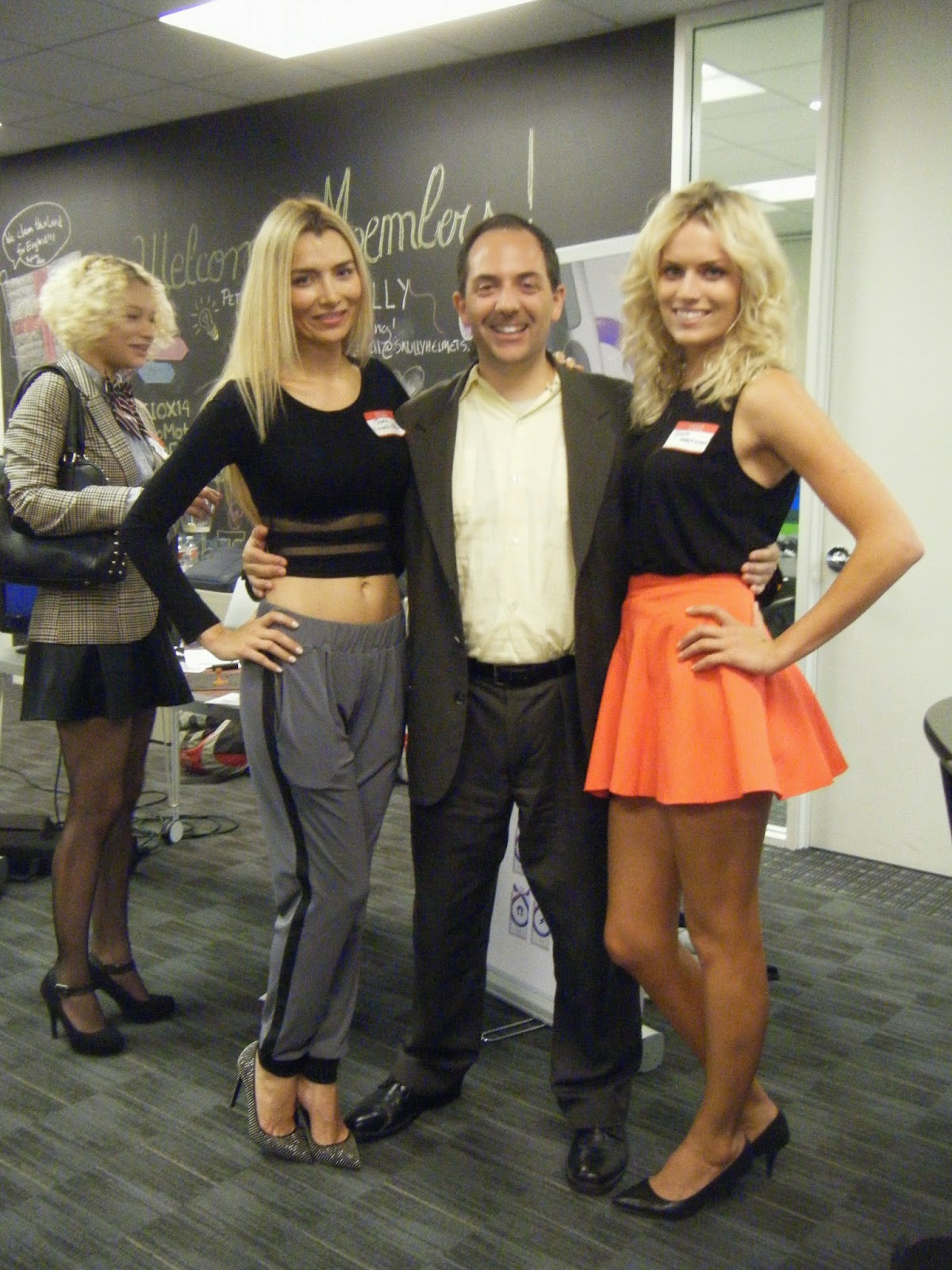 If you want more proof, here it comes.  These models are all over the tech scene but they always make time for a photo with the Greatest Man Who Ever Lived (ahem, that's me) whenever I show up to grace an event with my presence. 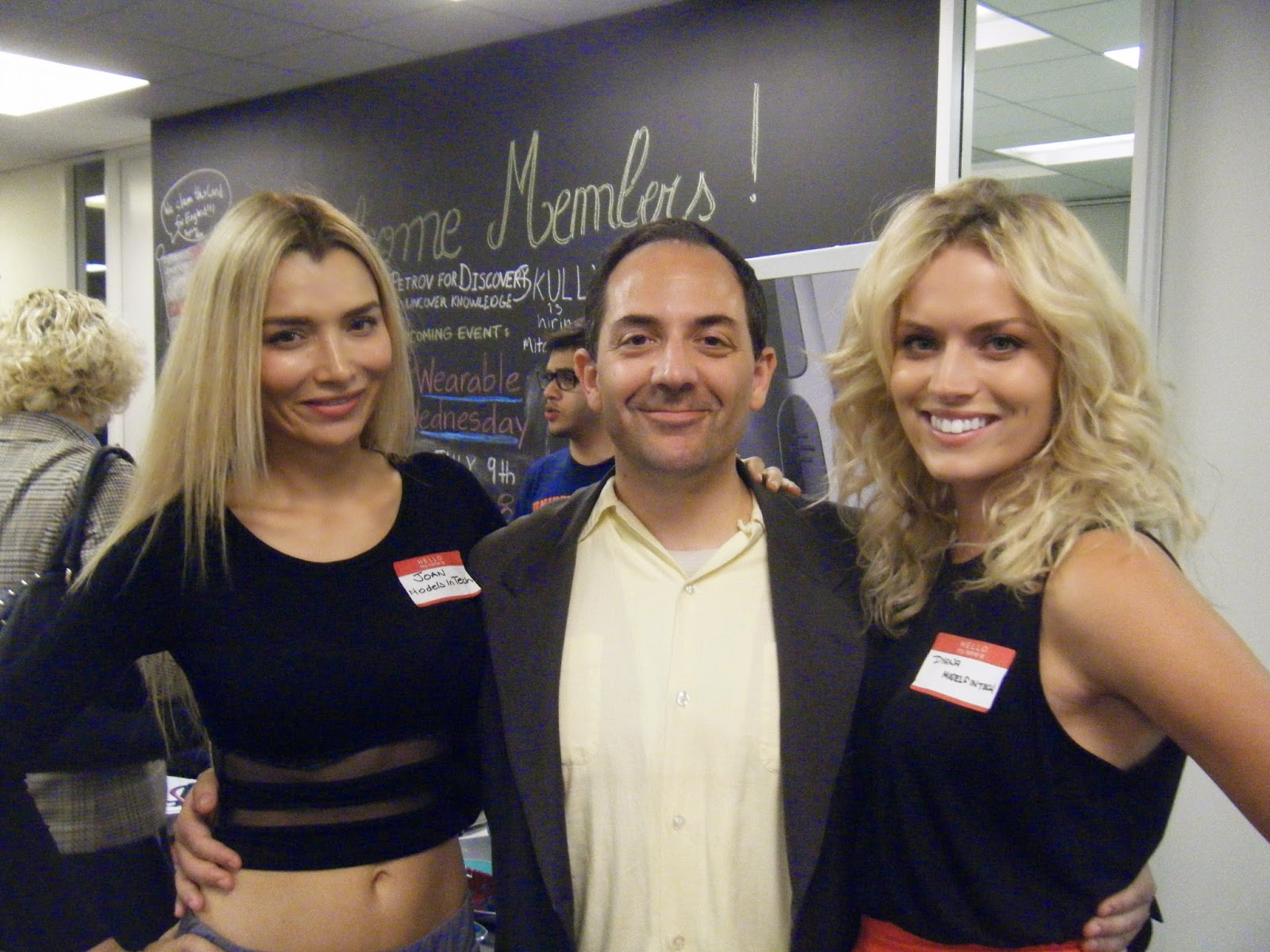 See, I told you so.  A lot of the booth babes at these types of tech events come from Models In Tech.  Startups angling for attention hire these gals to prowl trade shows and exhibit spaces on their behalf.  I wish I had thought of this totally awesome concept.  I'm kicking myself for not getting ahead of this wonderful trend.  I'll just have to play catch-up as much as possible.  Ladies, I have plenty of cards to hand out.  Contact me for the one and only Alfidi Capital experience, if you know what I mean. 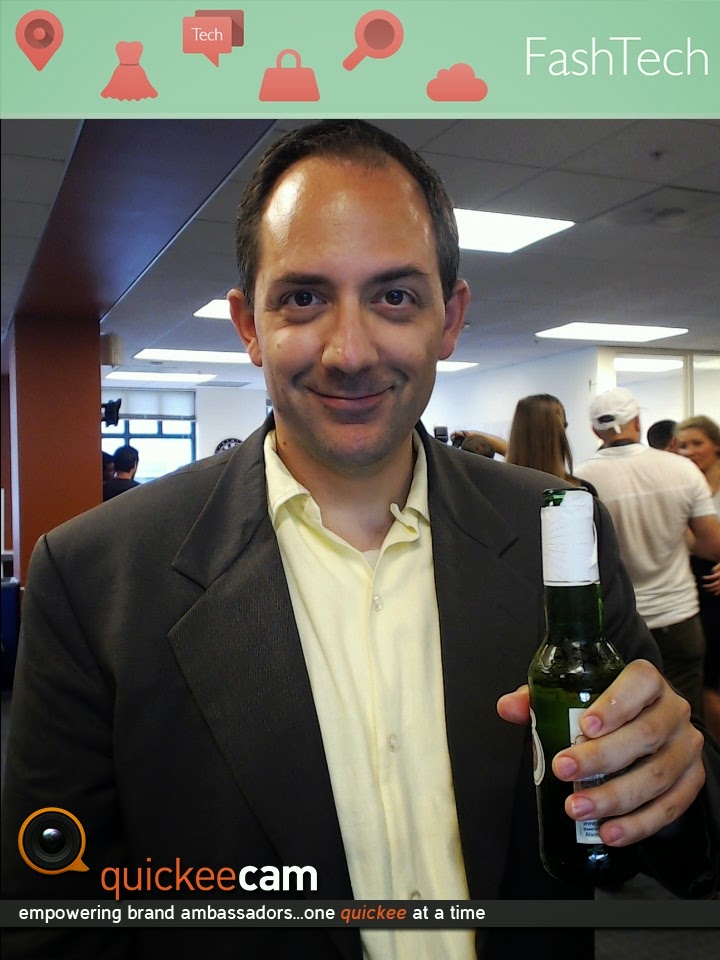 I posed for a QuickeeCam shot with an appropriate beverage in hand.  These instant photo things sure are the new-fangled way to make ordinary people feel special.  I have enough ego for several hundred ordinary mortals and others are welcome to stroke it if they like.  I only take these photos so the attractive ladies on hand can swoon over my manly, handsome visage.  That's the magnanimous service I perform for humanity.  I can't help it if women are overwhelmed.

I listened attentively to the panel of tech people who shared their wearable insights.  I don't need to paraphrase their comments because I've got a bunch of original stuff to say.  Prepare yourselves for the wisdom of Alfidi Capital.  Wearables matter because they integrate directly into human lifestyles.  The smartphone is an interface that requires conscious use.  Wearables remove the cognition barrier, liberating us from thinking.  I can afford to be cynical because I haven't bought any wearable tech to enhance my lifestyle.  Wearable tech must be fun and easy to use.  Any tech innovation that crosses the chasm to mass adoption allows ordinary people to do what they've always done with less friction.  People are lazy and they don't like making more effort with something new.

I am absolutely certain that the SDLC and hardware cycles of wearable tech must synch with standard fashion cycles.  Retail fashion moves through four annual seasons, and each season's new styles typically have a two-year full cycle from initial design to final delivery.  Geography also impacts seasonality, because California coastal winters are not the same as Midwestern winters.  Wearable tech upstarts can probably learn from the automobile sector before they beta test new clothing items.  Wearable enterprises will have to push over-the-air software updates to their devices, just like autos.  One solution may be to keep the software in a cloud and push app updates to the smartphone or smartwatch that manages a user's wearables.

I was disappointed that one dude showed up whom I consider to be a complete phony.  I first met this guy at a Mobile Monday event in 2013 and he lied to my face about his background and a local private club.  He has since elbowed his way onto Silicon Valley's radar as a self-proclaimed "tech developer" but I just can't take his claimed expertise seriously.  Google can't run background checks on the Glassholes who sign up to show off.  The unfortunate task of calling out fakers thus falls to independent analysts like me.  I'll be watching you, dude.  Flying a quadcopter does not make one an expert on anything special.